Research & Development is our major business since 30 years.
Here is our track record of innovations: 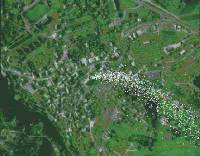 GEPARD was the first company in Europe to have operational applications running on a parallel computing platform. This made applications feasible on your desktop that previously required expensive super-computers. 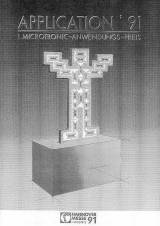 Microtronic Application Price at the Hannover Industrial Fair for a real-time, free programmable test bed for car electronics. With this simulator, VW (Volkswagen) could connect and fully test their automatic gear control devices within a simulated real-time 'driving car' environment.

Delivery of the world's fastest display system for large satellite images to the European Space Operation Centre. The system features animation loops of hundreds of 5000 by 5000 images at more than 25 images per second, offering interactive zoom, pan, and color manipulation even during running animation.

Final validation of the CineSat real-time water vapor wind computer by ESA. For the first time ever, meteorologists had half-hourly cloud motion winds available for the full Earth disk.
By developing new algorithms and parallel processing hardware, the computing time has been reduced from 4 hours to 10 minutes. The system also features a fully automatic quality control of the computed wind field.

GEPARD is the only company to successfully propose and implement a solution for the on-ground correction of the Meteosat-6 radiometer anomaly.

Two of the three satellite image channels suffered from an anomaly of unknown source that distorts brightness values in an unpredictable way. The temperatures measured by this satellite differed up to 15 degree Celsius from ground measurements and the reference satellite.

GEPARD's 'Software Glasses' correct a highly variable and unpredictable radiometer anomaly in real-time at ESOC and EUMETSAT ground segments. The quality of the corrected images is comparable to those of the reference satellite. This solution has become known as 'The Software Glasses'. It saved the Meteosat-6 mission and the costs for an entire new satellite.

CineSat is in operational use at major meteorological sites, at national institutes, airports and military, for early warnings, in support to important economic decisions, for research and development applications. 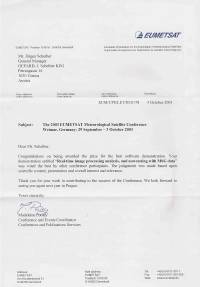 Strengthening the system to cope with

An innovative Drawing Tool saves valuable time in the production of weather plots and their necessary variants for different end-users. 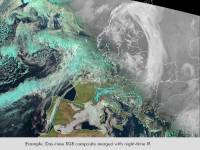 Usually, it's been a long way for R&D teams at customer sites, to go from a research prototype to operational production.

CineSat V4 seamlessly bridges this gap, and makes the transition of prototype weather products to operational 24/7/365 real-time production just a matter of a few configuration settings, without changing a single bit of code.

CineSat V4 is completely re-designed, and again faster in performance, with many new and enriched functions. The major innovation is an enterprise-ready and update-resistant configuration scheme that supports multi-level, hierarchical, and conditional configuration with any number of cascaded profile layers. Users can now easily create and test several variants of an existing configuration, collaborate in workgroups, and define enterprise and group defaults. This makes development, testing, and operational production of new weather products quite easy.

The comment of first customers using this sophisticated scheme: “It's magic”.

The synchronization of highly concurrent applications under heavy load requires fast, real-time process information - sometimes faster than standard Unix tools can provide it. Therefore, we designed and developed a fully decentralized and distributed process management system for the CineSat application.

This new secure task management is independent from the Linux flavor and operating system versions, benefits from multi-processor architectures, and can easily manage the negotiation and priorities between hundreds of processes fired up at the same time.

This makes CineSat very robust against failures of processes e.g. due to full disks, manual kill of processes, server shutdown, and power outage.

GEPARD has a long-term reputation for finding creative solutions to challenging tasks.
Just call us to discuss your wishes, projects, and requirements.